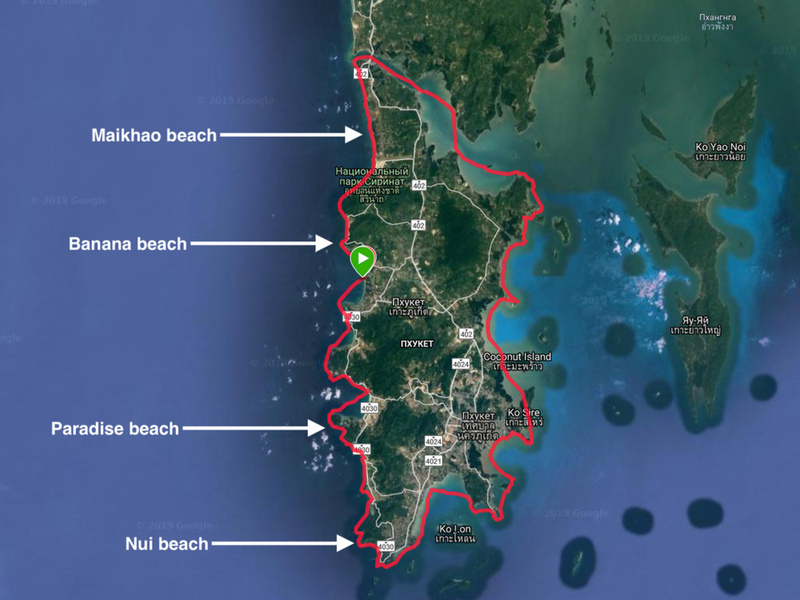 On Dec. 7th, we completed a paddling tour around Phuket Island on a SUP board. We traveled for 166 km over a period of 7 days, 194 hrs on the board with an average speed of 4.5 km/hr. The goal of this trip was to see every beach on Phuket from a different vantage point, from the water.

We’ve noticed some interesting facts. On the East coast of the island that is less popular, developed and less impressive as far as beaches are concerned, we met the friendliest people. The less crowded, less touristy and busy the place was, the friendlier and more welcoming locals were. We were often invited to a house, offered a meal, a ride to a supermarket or offered a place to sleep, take a shower. By the way, we have not had such delicious Thai food for a long time. After all, people cook differently at home.

Another observation is luxury hotels are never crowded.

As a result of the tour, we are ready to name 4 best beaches of Phuket Island. Here is our list

Freedom beach, West, between Patong and Karon.
Google map - link
Unfortunately, it was raining when we were there and we did not take any pictures.

What impressed us is delightfully clear water along the shore and gorgeous scenery. These beaches left that wonderful feeling you have when you have seen something special.

We feel these beaches are special and not well known. Of course, there are other beaches on Phuket Island that are good and better known, to name a few, from North to South: Nai Tong, Bang Tao, Karon, Kata, Nai Harn, Yanui.

Have a great stay on Phuket Island! 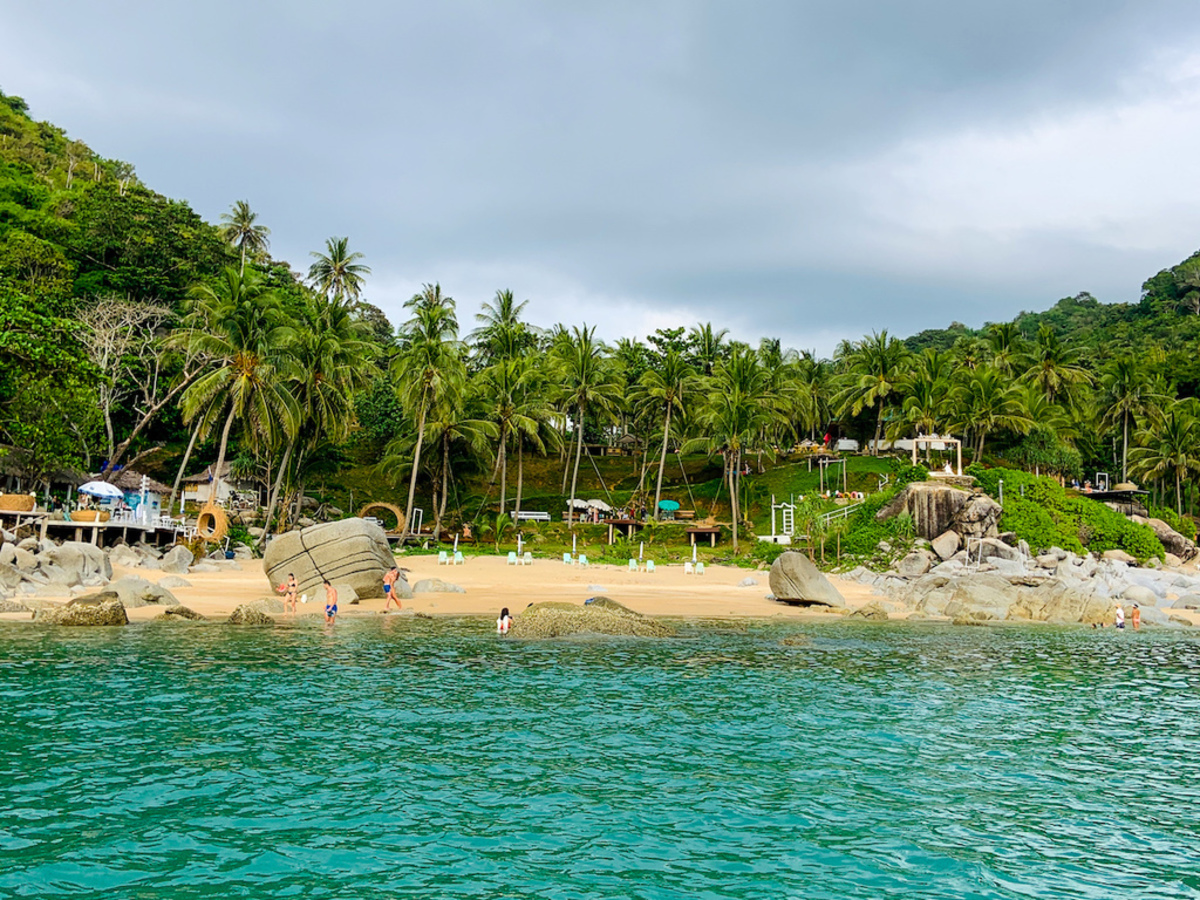 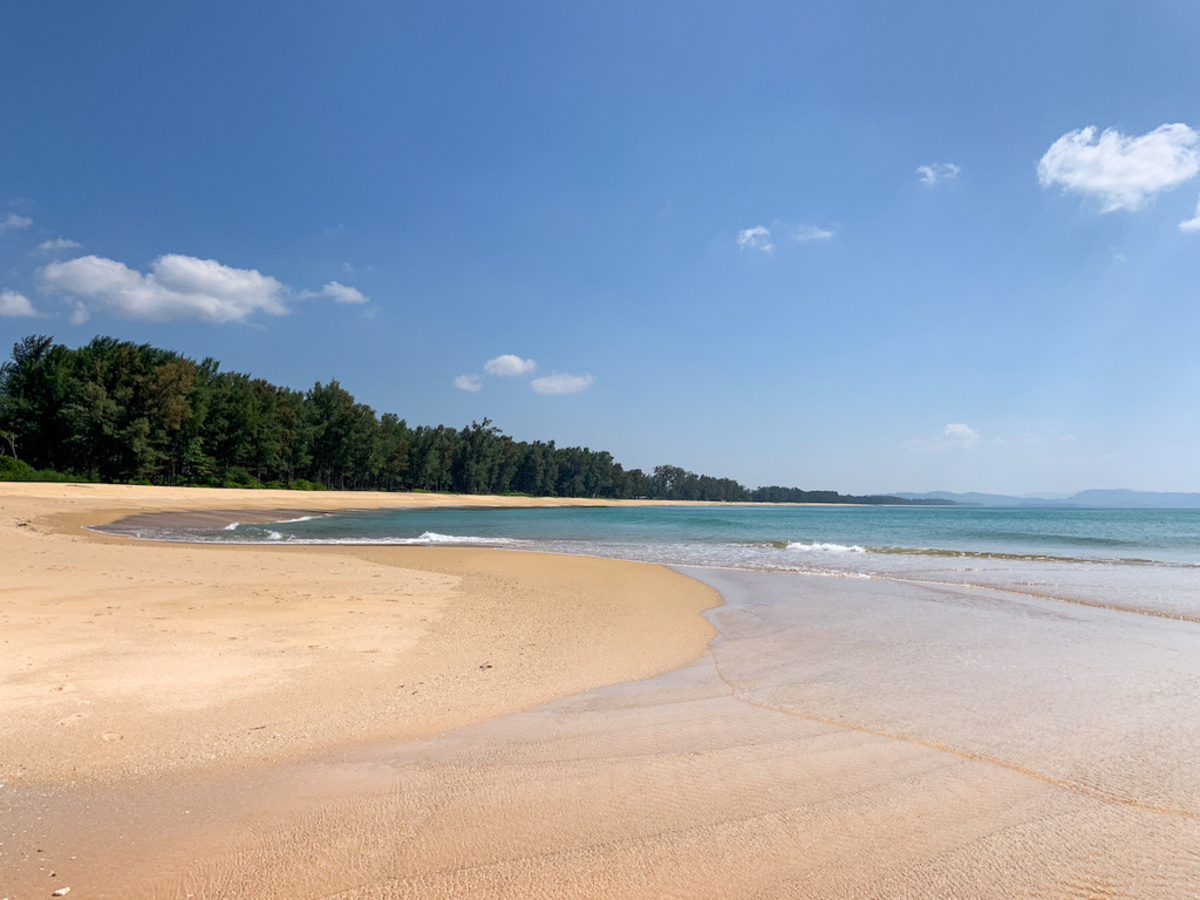 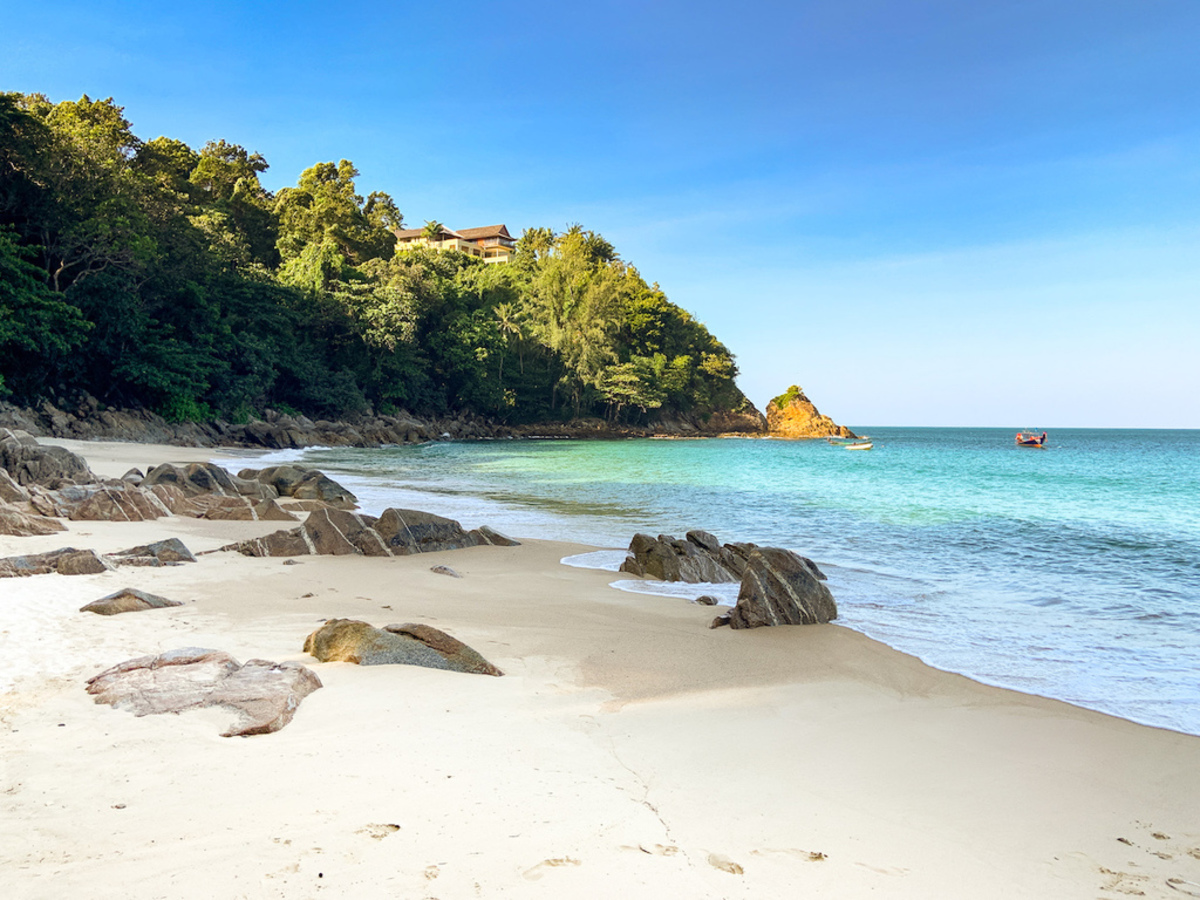