Chin Pracha Mansion is also known as Baan Chin Pracha. The house is more than 116 years old and was built in 1903 in a Sino-Portuguese style. Phuket people call this type of architecture “Angmor” that means Western or European. It was the first house of its kind built on Phuket and only a few of them remain standing. The furniture in the house was imported from China and a majority of objects that you see today belonged to the original owner. A lot of construction materials were brought from Europe. For example, the fence was brought from Holland and ceramic floor tiles - from Italy. In this house, builders replicated an architectural style of houses seen on Penang Island in Malaysia. A leading craftsman from Penang was brought here to lay the floor tiles. In the center of the house, there is a courtyard with a pond that can be seen from any part of the house. The owners spent about 500 000 baht on its construction. It was an unprecedented amount of money at that time.

The original owner of the house is Tan Ma Siang, who was initially called Prapitak Chinpracha by local people, was born in 1883 in Phuket. In 1903, he was only 20 years old when he ordered the construction of the mansion during the reign of King Rama V.

Current owners are sixth generation descendants of its builder. Prapitak Chinpracha was a son of Tan Niaw Yee, also known as Luang Bamrung Jinpratid born in Fujian province, China. Tan Niaw Yee was a famous warrior during the reign of King Rama IV. He moved to Thailand to manage his first venture, a tin mining company. He also owned a company "Lian Bi", located on the island of Penang in Malaysia.

Today Chinpracha House is a heritage building that attracts many visitors. Almost no wedding photo shoot is complete without a visit to this place. 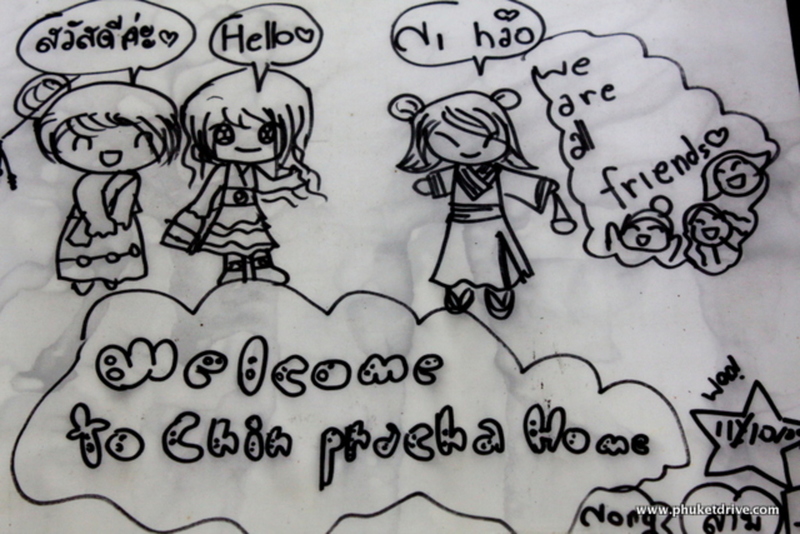