It is said that the Temple or Wat in Thai was established during the reign of King Rama II (1809-1842). Now it is one of the most revered temples. There have been some major historical events connected with the Temple. One of such events was a rebellion of Chinese coolies in 1876. Local Thai people were inspired by the Abbot of Wat Chalong to fight the rebels and the rebellion was put down. In addition to his wisdom, the Abbot Luang Pho Chaem (1827-1908) was believed to heal people with the help of his walking stick.

If you want to see how Thai people perform their religious rituals make sure you visit all of the buildings. You can even join them but please be very polite. According to a legend Chedi, the tallest building at the complex holds Buddha’ relics.

Directions: from Central Festival Shopping mall head toward Chalong, The temple is located on highway 4021 East. From the road, you will be able to see a white archway to the temple complex.

! Please, note that women should have their knees and shoulders covered while visiting temples in Thailand, men should wear a t-shirt or a shirt and pants or shorts that are not very short. Also, women should not touch monks. 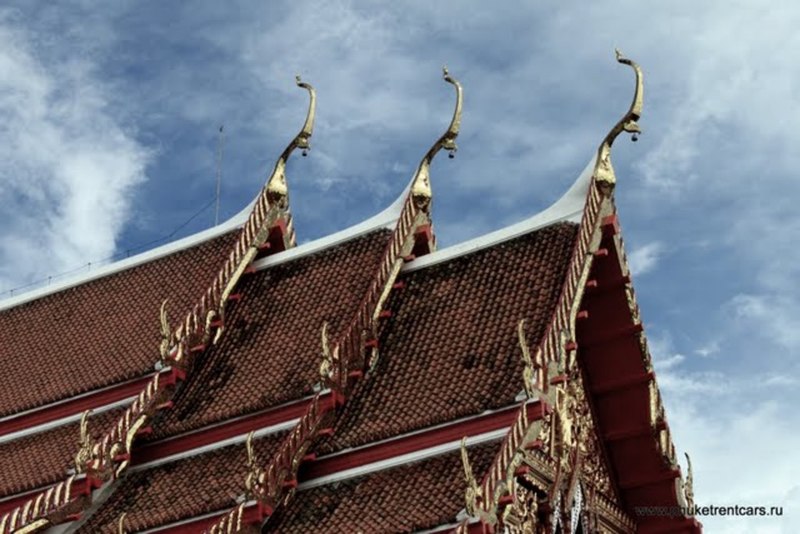